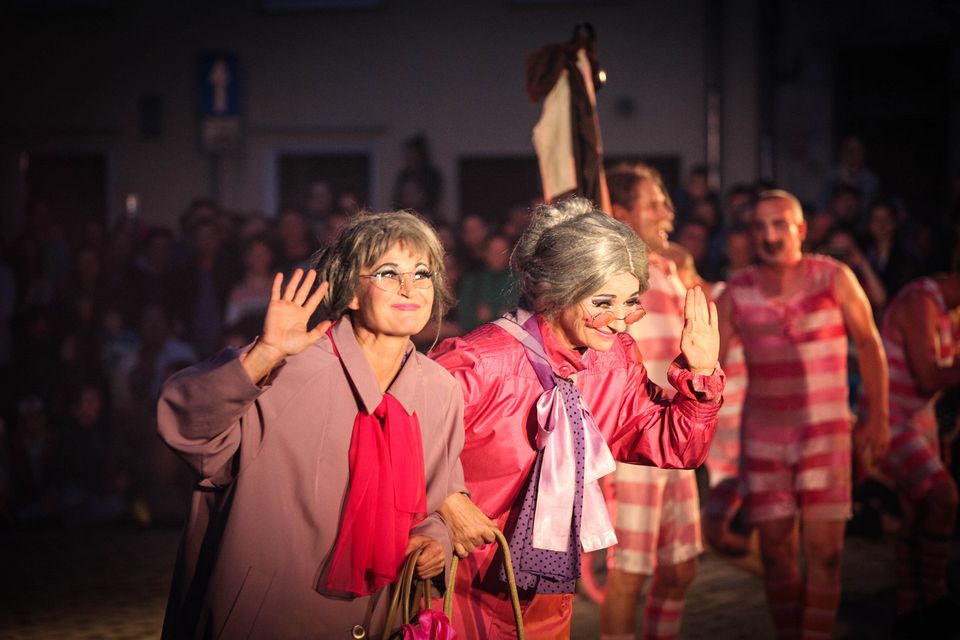 Once again we’ve guested the theaters from all over the world at the Feta 2018 – the festival of the street theaters. It was the three days of many different spectacles aimed at different spectators. Unfortunately I was able to be there only on weekend and see a few of them. I was lucky to see a good ones, very spectaculars. The first one was The Pantomime theater MIMO Tear Pantomimy MIMO from Warsaw (Poland) “Silent Cinema’ – it was in the mood of Charlie Chaplin and Flip and Flap movies… I was there only for a moment but you can see some stills from there. The second spectacle Cia. Maduixa “Mulïer” (Spain) was mostly about feelings and dance… on the stilts. I was astonishing to see theirs perfection and how they dance on the stilts.
The last spectacle I saw that day was named “Płonące laski 4” (Burning sticks 4) of the theatre AKT from Warsaw was presented at the Bastion of the Saint Gertrude, it was funny story about the age, change and common behaviour. It was full of fireworks and funny gags. The scenes with the smoke, fire and light was a perfect subject for taking some stills.
Take a look at those photos I took on Feta 2018 below, I hope that after that You will attend the next edition next year.

This site uses Akismet to reduce spam. Learn how your comment data is processed.

We use cookies to ensure that we give you the best experience on our website. If you continue to use this site we will assume that you are happy with it.Ok